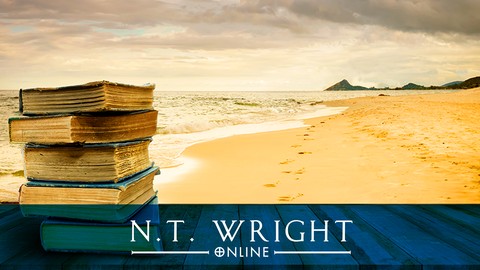 That may seem like a funny question considering how simple the verse is (NIV version):

Cast all your anxiety on him because he cares for you.

Surely there can’t be much to read into here … right?

But this is the Bible we’re talking about here, and there is always so much you can glean from a simple passage if you dig just a bit deeper.

Entire sermons — weeks of sermons — are built on this premise.

So … are you ready to dig in to 1 Peter 5:7 a bit? I hope so, because it’s one of the Bible’s most powerful and tactical passages when it comes to living a peaceful life day to day.

In order to fully appreciate 1 Peter 5:7, it’s essential to understand the context in which it was written.

After the Apostles died, Christianity found itself in an awkward position. To wit, it’s original proselytizers were gone, and with them the last direct connections to Jesus and the miracle of his resurrection.

Yet, at the same time, Christianity was spreading rapidly and to far-flung regions.

Even so, not everyone embraced the “new” religion, and Christians found themselves in all sorts of peril and strife — especially those under Roman rule or in the empires of the Far East.

And so, in the post-Apostolic years, a series of letters addressed to the churches at large were distributed throughout the Christian world.

Among these so-called Catholic Epistles, the first book of Peter was one of the most impactful because it directly targeted the hearts and minds of Christians who faced tyrannical rule and open hatred for their religion.

Read through the entire book, and it’s clear this was a scriptural pep talk and game plan, giving specific instructions on how Christians should maintain and grow their faith to prepare for eternity even while cultivating behavior that would allow them to survive their day-to-day realities.

All of this culminates in Chapter 5, where the author prevails upon church elders to watch over the flock of their congregations, and upon their juniors to honor and obey those elders.

And to all, “clothe yourselves with humility toward one another,” because God favors the humble.

Having heeded the advice in the letter, then, and gaining God’s favor — and through his Grace and their own faith — the true believers had done all they could and needed not worry about earthly concerns.

Their (our) Father would take it from there — “Cast all your anxiety on him because he cares for you.”

When you truly know that God has you covered, no earthly trial can shake your resolve or rattle your faith.

And that is the powerful message of 1 Peter 5:7, and why such a simple verse still carries so much weight all these centuries later. 14 Bible Verses About Blessings and Prosperity How to Read the Bible in 6 Months: A Full Reading Plan 10 Songs About the Love of God to Fill Your Heart How Many Chapters Are There in the Bible?